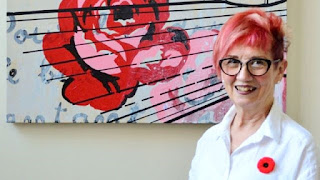 (By Jon Wells - Nov. 7, 2016 The Hamilton Spectator) When the daughter was three months old, her father disappeared into the darkness on a bombing raid over Dusseldorf during the Second World War, his plane and four crewmates never found. Decades later, in an unlikely sort of way, he reappeared in her psyche, and heart — and then today, finally, in her art, his memory gracing the walls of a Dundas church. The daughter, Guelph artist Lyn Westfall, stood inside St. James Anglican on Sunday bathed in sunlight, speaking of a man she mourns but never knew, who became her most powerful muse. "My life felt meaningful when I worked on these, creating this memory for my father, telling his story." At a glance, the 10 paintings in her show, called "A War Story," which runs until Nov. 30, offer vivid but cryptic images. The plane, a Wellington bomber, is clear enough, but then also: roses, a crumpled piece of paper, an elderly woman in black, and Babar the elephant, from the children's story. It was back in 1985 in a library that on a whim Westfall leafed through Babar, the story of a baby elephant whose mother is killed by poachers. She had loved the father who ended up raising her, and over the years given little thought to her birth father. But now this book of all things made her feel something. What was it? She phoned her mother, who told her that her late father's family had given her the Babar book when she was a toddler. That little spark connected Westfall with grief she never knew she had. She researched everything about her father, RCAF Flight Sgt. Wilfred W.H. Lavers, who was presumed to have died on Sept. 10, 1942, at 23 years old. She was his only child. 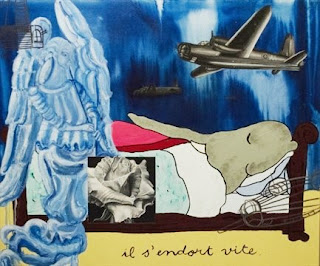 And then in 2011 she started creating paintings linking her father, loss, and the story of Babar. The project stalled when, that same year, her husband, Rod, died. But this past year she finished the series, inspired by research that took her to Surrey, England, and the Runnymede Memorial, where more than 20,000 air force dead who were never found are commemorated. That memorial, and words from the RCAF motto "Per ardua ad astra" (Through adversity to the stars) appear in one of the paintings, along with a ghostly outline of a Wellington bomber, and "The Old Lady" character from the Babar story. Another work features the crumpled paper, representing the fateful telegram her mother received, and dozen red roses — which is what her father sent her mother to celebrate Lyn's birth shortly before his life ended. This is Westfall's second art show at St. James, the first was in 2009. She chose November to coincide with Remembrance Day. "Needless to say Nov. 11 is always a sad day for me, but a day in which I feel immensely proud of my father," she said. The church offers a poignant backdrop, with a faded banner from Dundas' Wentworth Battalion hanging, and plaques with names of dead from both world wars. She may paint another work in the series, but isn't sure. She said it's a heavy subject but at the same time everything else she might tackle now seems frivolous. Sunday's showing attracted about 25 people, as Westfall, sporting a poppy and crimson-shaded hair, explained how she works. She painted in stages, and one detail, a grey rose, took 19 months to finish. In another work, she poured paint on the canvas to begin changing a streetscape to forest. In doing so she at first altered the scene and then reinvented it entirely before feeling it was complete. "Everything evolves," said the soldier's daughter.
Posted by Contact at 12:41 PM No comments: 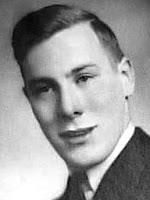 (By Kathy Yanchus - Burlington Post - June 6, 2012) Although the remains of Burlington’s Dennis Haig Kurtz and the Second World War aircraft in which he was flying were discovered in the Netherlands in 1942, his wallet lay buried in a field for another 56 years. In 1998, a Dutch farmer unearthed Kurtz’s wallet and the engine and propeller belonging to the Wellington bomber HF852 shot down by a nightfighter on its return from a mission to bomb Dusseldorf, Germany. The name Dennis is clearly visible on the tattered driver’s licence and there was only one Dennis on the crew, according to Dutch Second World War aviation archeologist Thijs Hellings, who recently excavated the site. Hellings is a member of several groups, including Planehunters Recoveryteam and Documentation Group Volkel, that research the air war that took place between 1940 and 1945, littering the countryside with downed aircraft. “Our main goal is to document them, find out which plane crashed where and how and then we go further and try to provide family members with detailed information of the circumstances of the deaths and sometimes escapes of their relatives,” said Hellings. “Even after all these years, family members are keen and moved to tears to find out what happened to a relative that went missing.” Kurtz was initially listed as missing but later confirmed dead and buried in Eindhoven General Cemetery in the Netherlands. He was 24 years old. 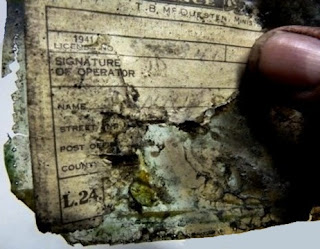 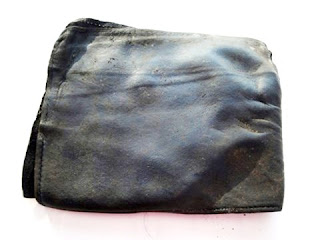 For whatever reason after the wallet was discovered and reported, nothing further was done until the matter was recently brought to Hellings’ attention. He is currently writing his report on the excavation and its findings. Kurtz was one of 11 siblings who grew up in Burlington. After the war, his war diary, was given to his sister Patricia Crocker, who died in 2003. Kurtz, was a sergeant and bomb aimer in the five-man crew that lost its life. The other crewmen, all in their 20s, were from Ontario, Newfoundland and California. When found, Kurtz’s wallet contained coins, remains of some paper money and the remains of other, yet to be identified, documents. Personal effects are an uncommon find but returning them to the family is the aim if recovered, said Hellings, who contacted the RAF 51 Squadron History Society in Canada in an attempt to find a living relative. “Plane parts we stumble upon are treated with preservatives, pieced together and used for permanent displays in museums or in exhibitions.” Jerry Large, a lifelong Burlington resident and Kurtz’s 75-year-old nephew, will be the recipient of his uncle’s wallet. Large was surprised after being contacted with the information about his uncle’s wallet. “It will be interesting,” said Large, whose mother Anne was Kurtz’s older sister. His recollection of his uncle is vague but he does recall seeing him at his grandmother’s house (where the Miranda Apartments on New Street now stand) chopping logs for firewood. There are numerous relatives in the local area, said Large. Kurtz’s name is one of 82 inscribed in block letters on the cenotaph in front of Burlington City Hall honouring the men who died fighting during the First and Second World War. 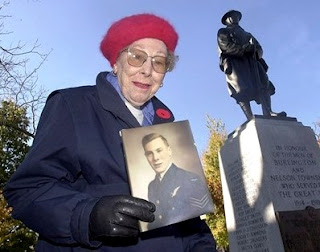 In this 2002 photo for a Remembrance Day feature story, Burlington's Patricia (Pat) Crocker holds a wartime photograph of her brother Sgt. Dennis Haig Kurtz, shot down and killed while returning from a bombing mission on Aug. 1, 1942. Crocker passed away in 2003, never having known that her brother's wallet and identification was discovered by a Dutch farmer five years earlier. - Post file photo
Posted by Contact at 12:03 PM No comments: 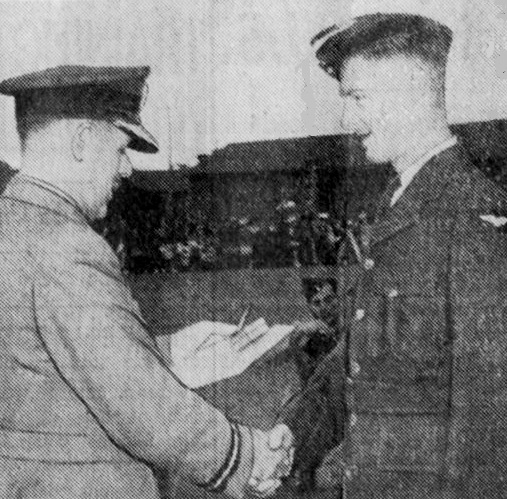 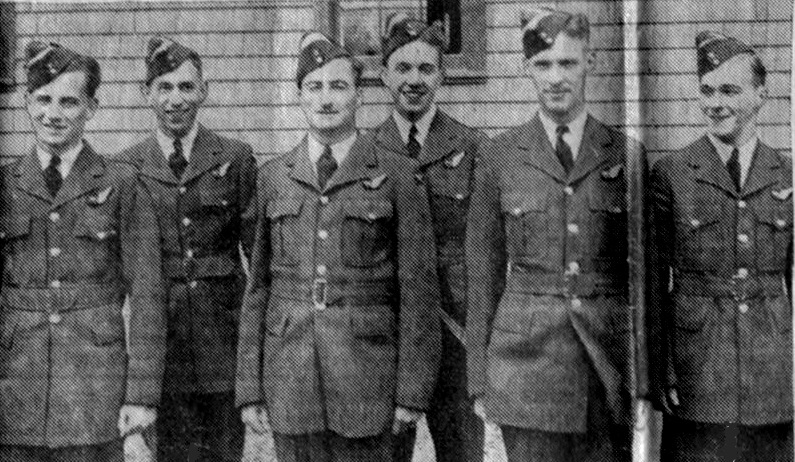 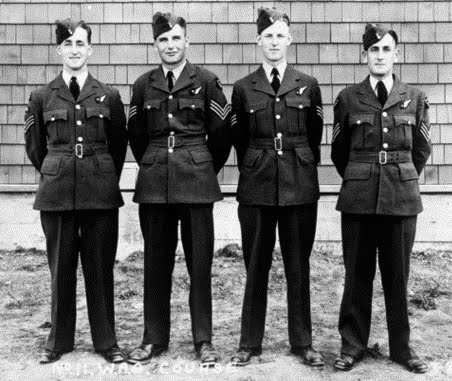 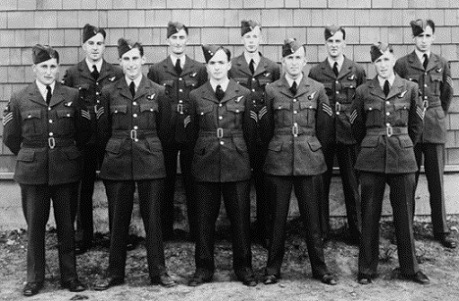 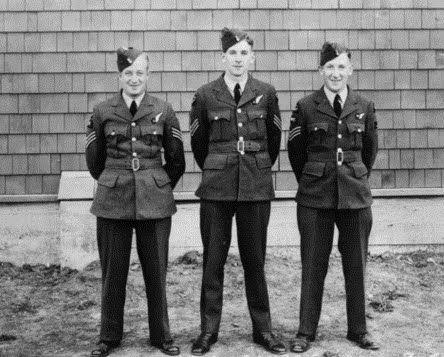 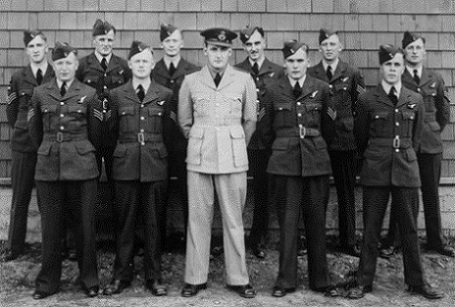 "Teamwork is essential in the air force. Every man is part of the air force team and every man must do his part to win. You are important men in smaller teams that go to make up the large team, which must be victorious.

"This is the first class of New Zealanders to graduate from Mountain View, and you have set a high standard for those following in your footsteps."

"You have a great edge on the enemy, as you have had much better training than they have. In fact, you have had the best training our instructors can give you."

"When you get into the fight it is your duty to protect the plane and the remainer of the crew against attacks by the enemy. You have received the best training possible from the best instructors in Canada, and for that matter, equal to any in the world. You marks indicate that you are well equipped for the task that lies ahead of you."

2 RAF (Newfoundland)
WAG's posted in from No. 1 Wireless School, Montreal

RAAF, RAF, RCAF, U.S. Newfoundland and Argentina. First class of observers to graduate from the school. Colonel E.H. McLean, County Court Judge, of Picton presented badges and addressed the graduates:
"Always remember the hearts and the faith of the people of Canada and of the Empire are pledged to you.
"Remember you carry the name and the honor of the Canadian airmen, a great heritage, in your hands and Canada trusts it to you.
"If you are like the men of 1914 to 1918, you may perish but you cannot fail.
"You have caught the torch which was thrown to you by the failing hands of men in the last war. You will hold it high. You are going out with your eyes open and face bright in the danger. When you have returned you will be proud that you took the course you did."

"It is your duty to protect the pilots and other members of the crew from enemy planes. You must be accurate in your firing when the enemy planes flash into sight."

Sergeant George Mills of the RNZAF was presented with a silver pin similar to his air gunner's wing. The pin was presented to the air gunner who received the highest marks in the class.

(J/9064) J. Armand Rondeau, Ottawa was the only Canadian to receive a commission

"This is no time to be making speeches. You men know what you have to do and what is expected of you. I am sure you will do your best, in the struggle that is ahead of you.

"The ground crew is a vital part of aerial warfare and you should always be friendly with men who have the job of keeping your plane in shape."

(1076906 - 117648) Sgt. Alexander Simons RAF, of London, England, captured the top honors in the air gunners' class and was awarded a silver pin resembling the gunners' wing. Before entering the service, he was manager of the Royal Opera House, Covent Gardens, London.

"Keep your heads at all times. Especially when you are in a plane on the war front. You must be on the alert in order that you can protect yourself and the crew of the plane."

Group Captain Wait presented Wings and addressed the graduates:
"Keep fit at all times, in order that you always will be on the alert and on the lookout for enemy planes. If you should be weary and sleepy you are not only endangering your own lives but those of the rest of the plane crew." 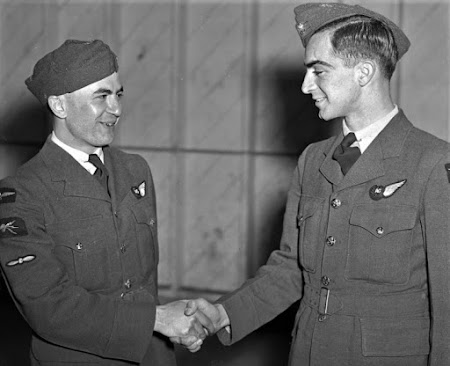 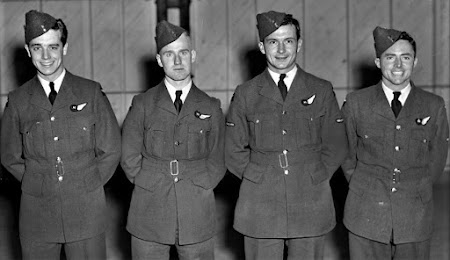 "We are all fighting for the same cause. We are fighting for freedom, democracy, our country and those we love. We must all do our best to aid the cause.

Sgt. G.J. Delayney, of Lakefield was the top observer and was awarded a silver pin and replica of the observer's badge and special certificate.

Posted to No. 1 ANS Rivers: Garalick 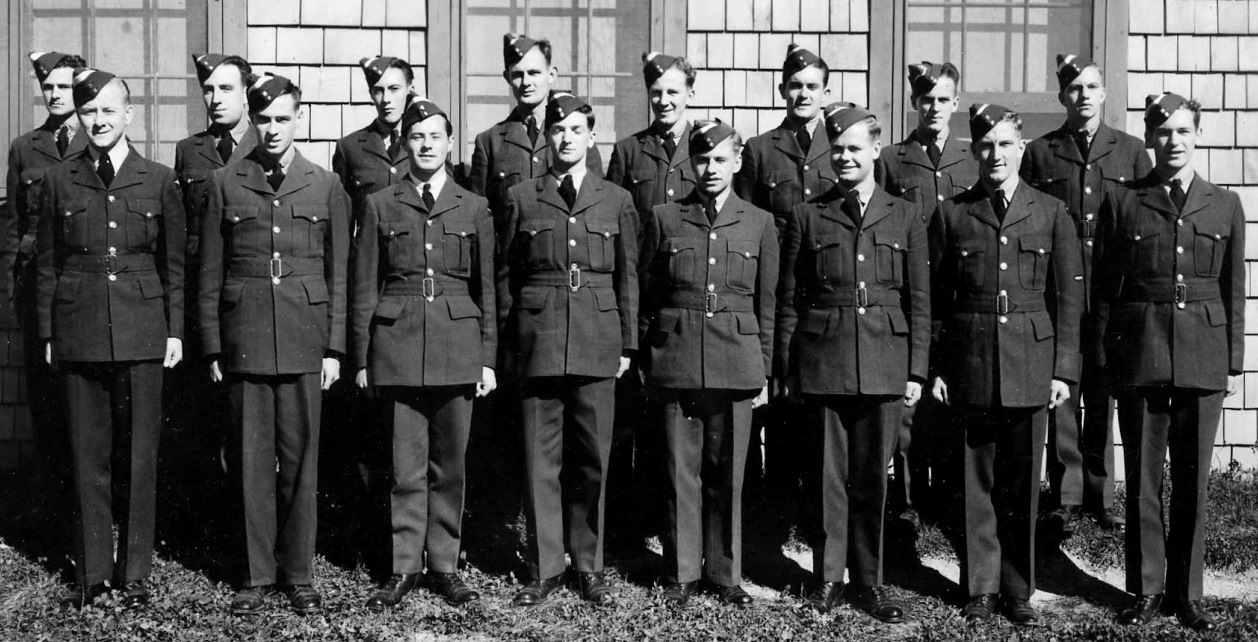 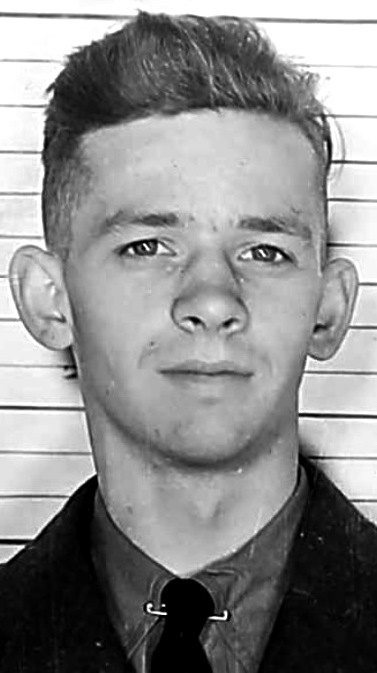 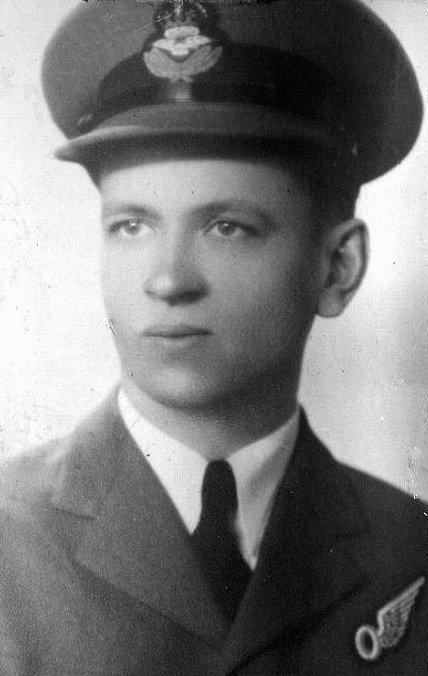 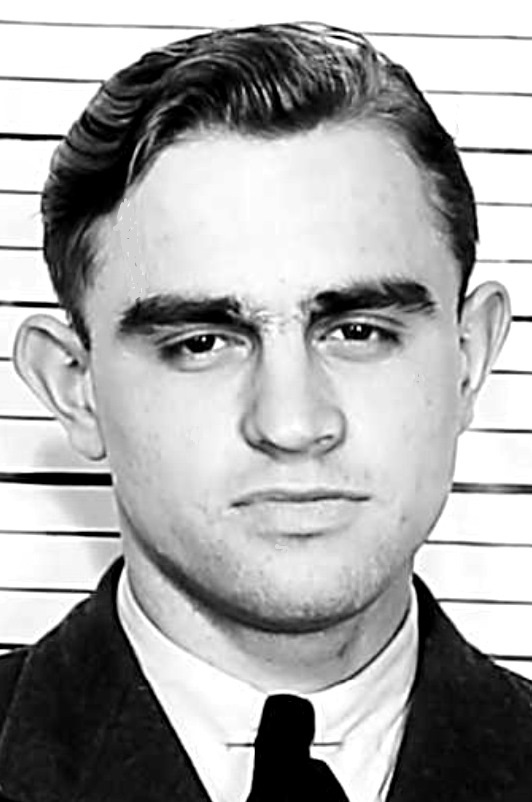 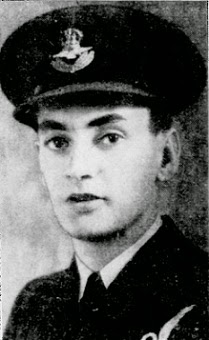 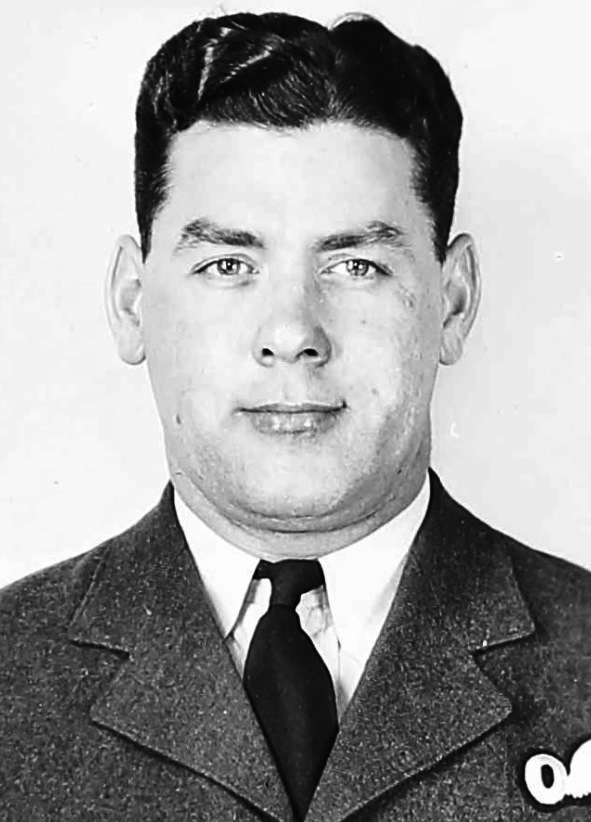 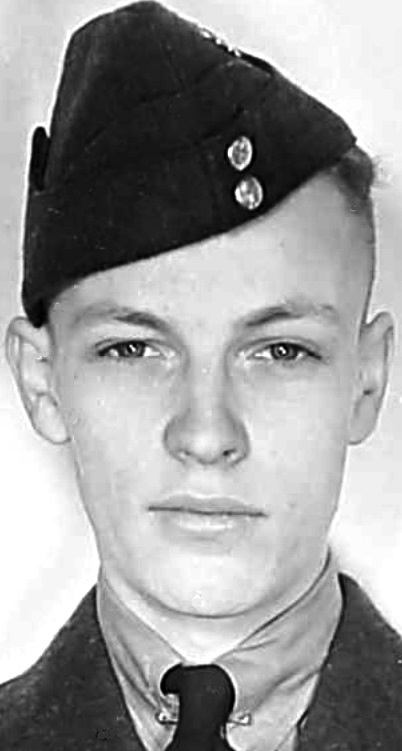 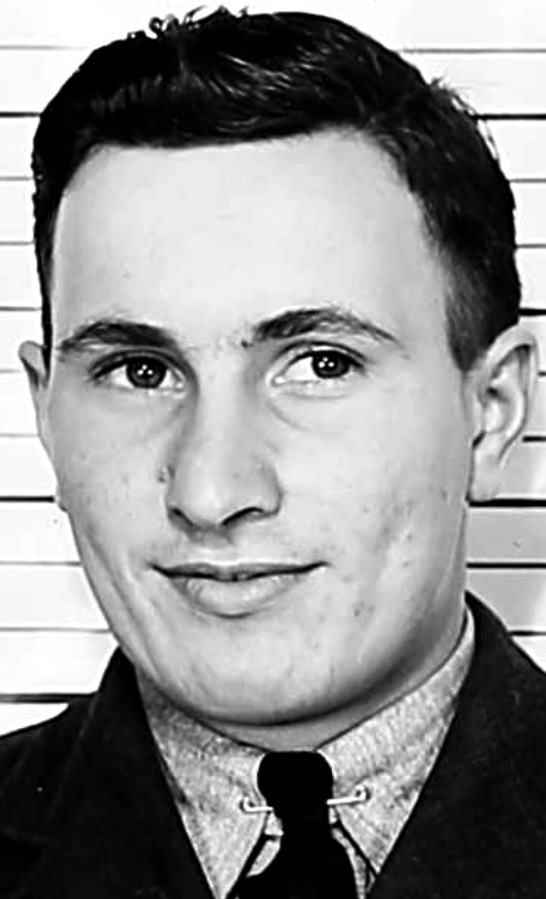 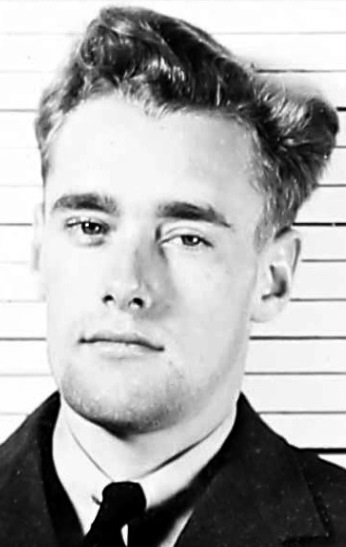 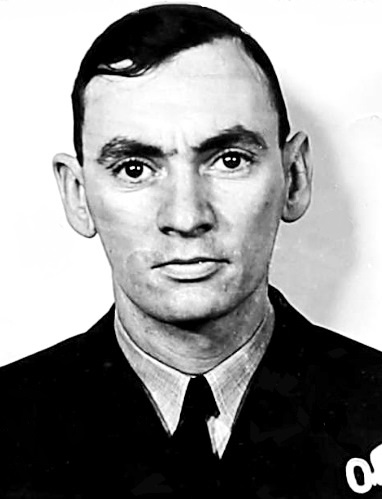 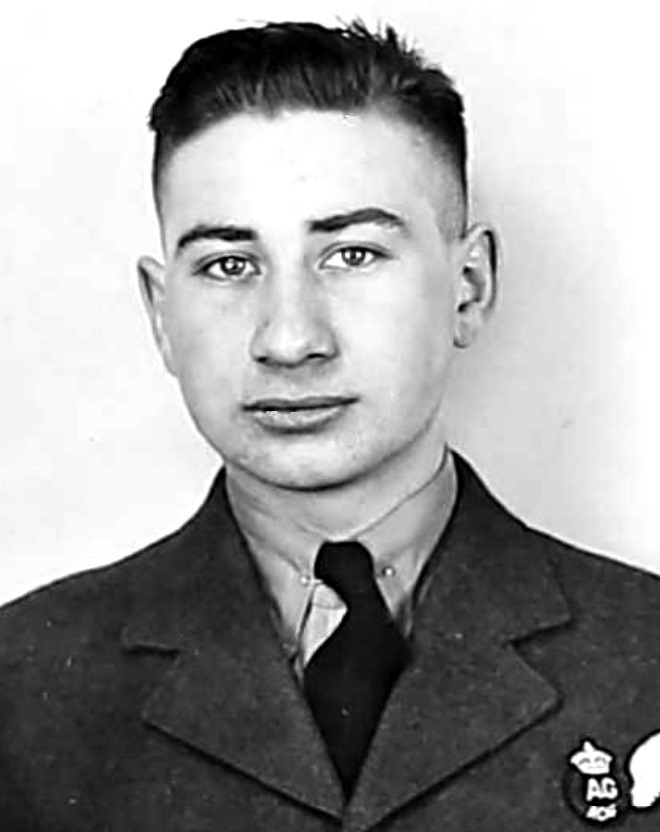 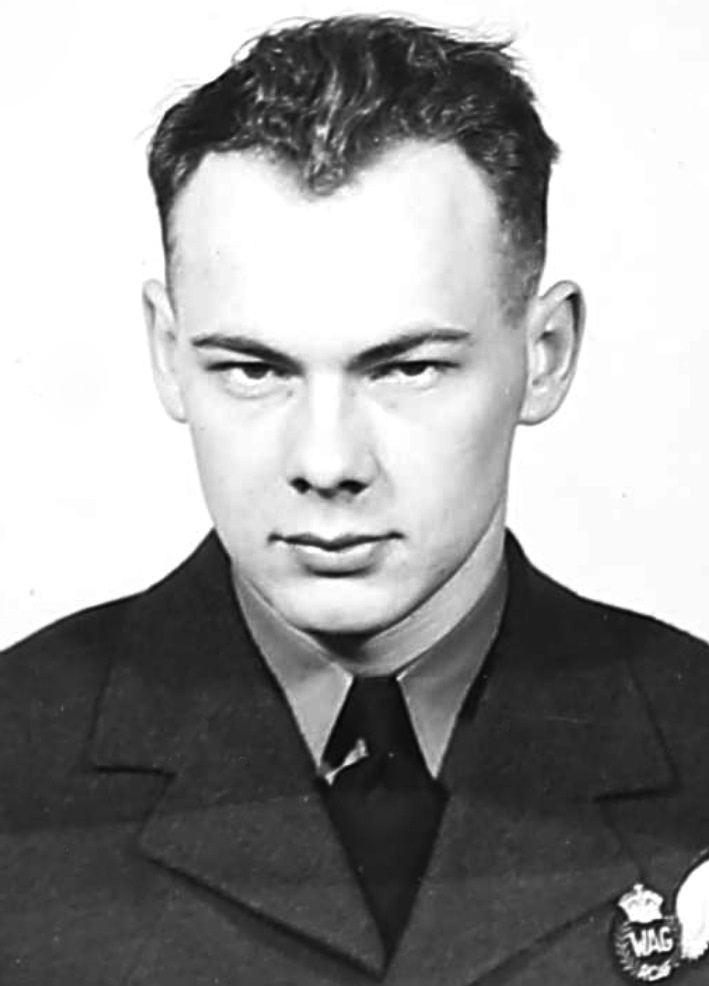 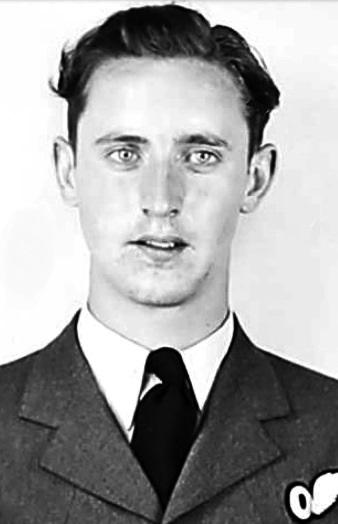